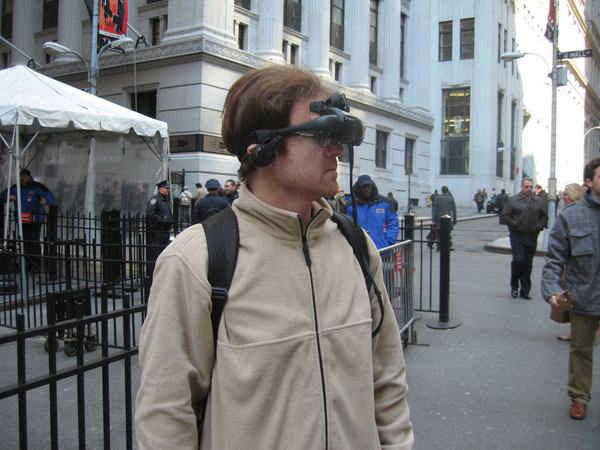 Skwarek’s practice is also largely based in art activism with emerging technologies. He has a long record of international augmented reality work, ranging from “erasing” the DMZ battlements between North and South Korea (a piece he did on site), to the virtual elimination of the barricades between Palestine and Israel, at the Gaza Strip.